Western & Central Europe
all you need to know

Of the nineteen countries whose data PPRO draws on for this report, twelve are eurozone members. In recognition of this, much of the focus in this introductory text is on the eurozone. However, we’ve also considered the UK as a whole and examined the situation of non-EU members, such as Britain and Norway.

It’s worth noting that EU and UK figures are not directly comparable. When measuring the contribution of public-sector activities to the GDP, the UK’s Office For National Statistics takes output into account, such as hours spent teaching, surgical operations performed and so on. Other Western European countries measure public-sector activity based on how many employees are being paid.

In the eurozone, inflation in the middle of 2021 was 2.2%, slightly higher than the European Central Bank’s (ECB’s) 2% target. In Denmark, it was 1.7%, in Hungary 5.3%, in Norway 2.8%, in Poland 4.2%, in Sweden 1.3%, in Switzerland 0.7%, and in the UK 2.4%. In most cases, prices are increasing far faster than they were before the pandemic. It remains to be seen whether this is an artefact of the pandemic — a reaction to supply-chain blockages, the extra cost of doing business, and so on — or whether inflation has returned in earnest for the first time in decades.

Even at the height of the pandemic, there were murmurings that the ECB must soon start to wind down its quantitative easing (QE) programme. In fact, the bank announced an extra €500 billion in bond purchases at the end of 2020. Eurozone interest rates remain low at -0.5%. In the UK, the central bank interest rate was 0.1% by the summer of 2021. Like the EU, the UK is also running a QE programme, buying an extra £150 billion worth of bonds in November 2020.

By the middle of 2021, things looked good in West and Central Europe. In the EU, the economy was growing at its fastest pace in decades. There were even hopes of an acceleration of the recovery, thanks to the rapid vaccination programme. Then the Delta variant of the COVID-19 virus hit. Where infection rates had been under control, they started to climb again. As a result, the economic recovery faltered somewhat.

Like everywhere else in the world, the immediate economic prospects for Western and Central Europeans hinge very much on the performance of their pandemic response. That factored in, the region is highly prosperous, has great logistics, and has a well-connected population. Lots of people who weren’t online a year ago are now. And many of those who were online before have changed their shopping habits and brand loyalties. There’s probably never been a better time to get into e-commerce in Western and Central Europe. 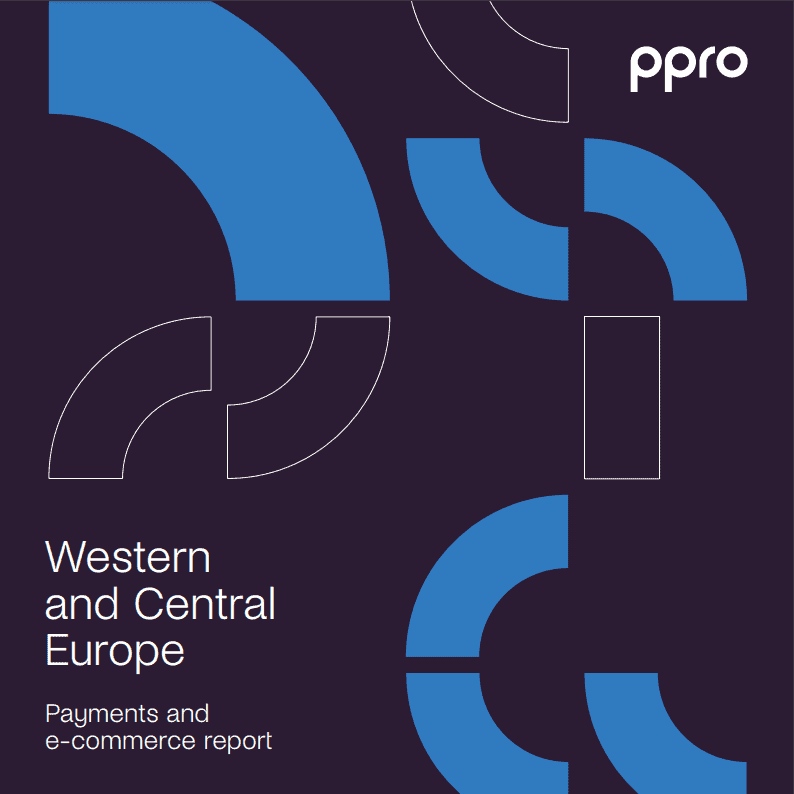 In 2021, the e-commerce market in Western and Central Europe was worth US$933 billion and was growing at a rate of 14% a year. 44% of all online purchases are completed on a mobile device. And the average online shopper spends US$1,930 with e-commerce merchants every year.

In summer 2020, McKinsey asked a representative sample of European consumers (from countries within and outside the EU, including the UK, Switzerland, and Norway) which of a range of digital services they had used in the last six months, and which they had used for the first time. The services included banking, insurance, e-commerce, public-sector and others. Before the pandemic, 81% had used at least some of these as digital services. After the pandemic, this had risen to 95%. In some markets, the increase was even starker. In Romania, for instance, digital adoption went from 64% to 89%; in Germany from 61% to 89%.

As in other parts of the world, e-commerce in Western and Central Europe boomed during lockdown. Lots of new consumers came online for the first time and many people who were already online shopped more with e-commerce merchants than they had done before the pandemic.

Unsurprisingly, initial data shows a significant rise in the popularity of digital payments during the pandemic. During lockdown, use of cash fell by anywhere from 10% to 50%, depending on the country. Overall use of digital payments in Europe is forecast to grow by 70% between 2020 and 2025.

Financial inclusion rates in the region are, as you’d expect, high. 96% of the region’s adults have a bank account and 50% have a credit card. Where financial exclusion does exist, it tends to impact already-marginalised groups, such as migrants. As financial services digitise, there is also an increased risk of financial exclusion among the elderly.

Internet penetration in the EU stands at 92%. 81% of the adult population has an internet-enabled smartphone. A recent study estimated that by 2025, 5G coverage in Europe would range from 24% in Norway to 68% in the UK.

In 2020, e-commerce shipment volumes in Europe increased by 149% for internal purchases and 123% for cross-border purchases coming into the continent. In response to these increased volumes, there was a 40% increase in the number of pick-up drop-off (PUDO) points in the EU and the UK during 2020. In general, the region has some of the best-developed postal and logistics networks in the world. In the World Bank Global Logistical Performance Index, eight of the top-10 performing countries are covered by this report.